Child Custody/Visitation
Where Will the Children Reside – Who Decides?

In a perfect world, there would be intact families and no one would have to argue over custody and visitation issues concerning children. However, this isn’t a perfect world and disputes can arise for a myriad of reasons.

Most often when people think of custody disputes, an image is conjured up of a Mother and Father battling over the child, something like a the scene from the movie Irreconcilable Differences, where the parents (Shelly Long and Ryan O’Neal) are each tugging, in opposite directions- Solomon style, on a young Drew Barrymore.

In a perfect world, people would be able to agree upon what is in the best interest of the children and act accordingly. However, this is not a perfect world and quite often the parties have to turn to the court to make the decision on where the children will live and when and where visitations will occur.

It amazes me that in a free society people are willing to let someone else tell them when and where they will see their children. However, that is what happens when people, usually battling parents, cannot agree on the fate of the children. The person in the black robe decides, plain and simple.

The law sets forth certain guidelines for the court to use in determining custody and visitation. However, each case brings with it a different set of facts, and it isn’t as easy as plugging the information into a computer and having the answer spit out on the printer. Judges have to make tough calls sometimes and because they are human and can’t predict the future, they occasionally make mistakes.

Ultimately wouldn’t you like to be the one to decide where your children will reside and when you will see them, rather than have some stranger decide for you? Think about it. When divorce is inevitable and custody issues arise, parents should ultimately decide the fate of the children, not the Judge. For the sake of the children, and your pocketbook, try to resolve custody issues out of court. But, if you cannot agree, and you need help, make certain you seek the advice and assistance of an experienced family law attorney. 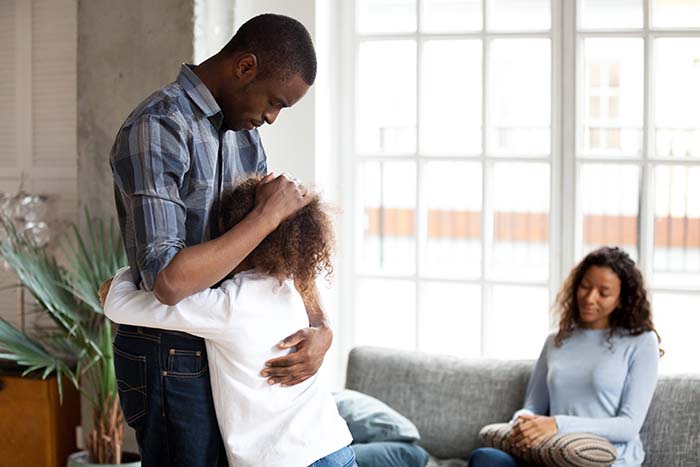