Simply put, child support is meant to contribute to the support of the minor children of a relationship (marriage or otherwise). The child support paid by the supporting party is a contribution and as a general rule does not cover all expenses for the child(ren). This is because the California legislature has stated that “the father and the mother of a minor child have an equal responsibility to support their child…” (Family Code §3900). There are also circumstances in which child support is paid beyond the child reaching the age of majority. Primarily that would be when the parties agree otherwise, or if the child is incapacitated and unable to care for himself/herself.

The court uses a computer program to determine the amount of child support to be paid, it is not an arbitrary figure. The mathematical formula which is the basis of the computer program is found in Family Code §4055 and reads: CS = K [HN-(H%)(TN)]. Now you know why the court relies upon a computer. Basically, the parties net income is used to determine the amount of child support, along with a few other factors. But, net income does not mean the net paycheck amount, it means what the legislature has decided the net income should be. Not considered are contributions to a voluntary retirement program, disability insurance, voluntary wage deductions, etc. Considered are things such as taxes paid and mandatory retirement (for those who do not pay the FICA portion of Social Security).

The thing to always remember is:

If you are the person paying child support, that even though the check is being made out to the other parent, the money is for the benefit of your child(ren).

And, if you are the person receiving the support, that the other person is not obligated to pay for all of the child’s expenses, but for a portion of them. 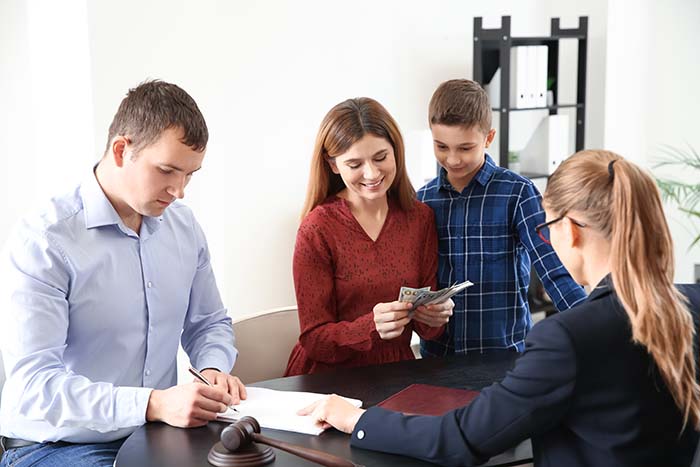